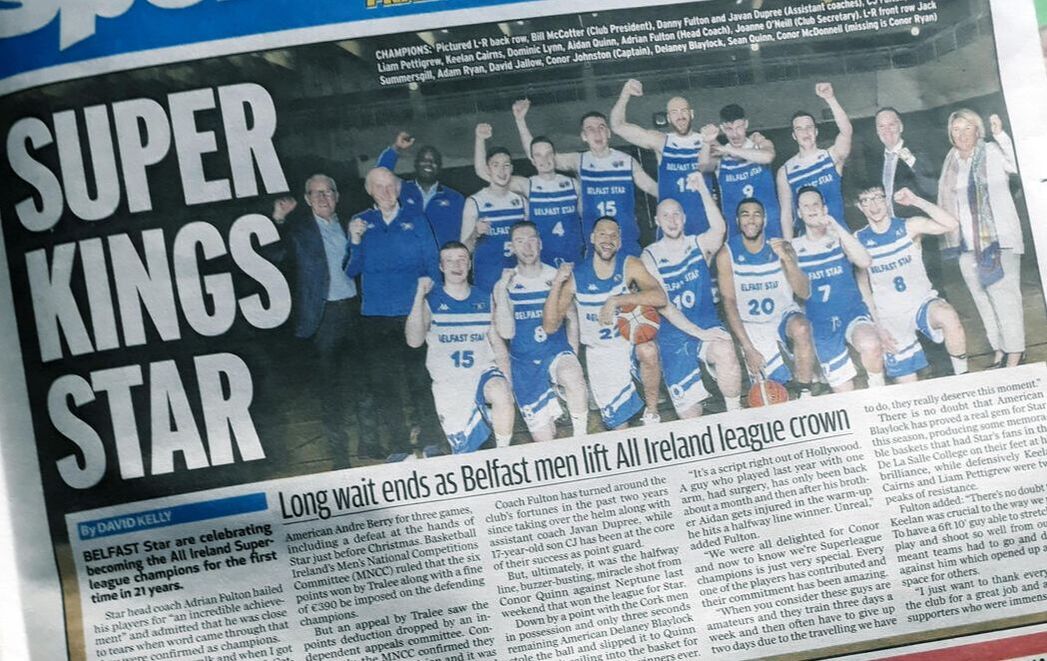 CHAMPIONI!!!
​
After a season that combined multiple major injuries, incredible last-second wins, a superb array of talent, plus sheer guts and determination, Belfast Star have been crowned all-Ireland Super League Champions for 2019-20.

Throughout the past season, Saturday evenings in La Salle have seen full houses delight in the exploits of seasoned campaigners like Club Captain Conor Johnston and the exciting blend of emerging young talent that has delivered basketball of the very highest order – plus a well-deserved 100% home league record to boot. 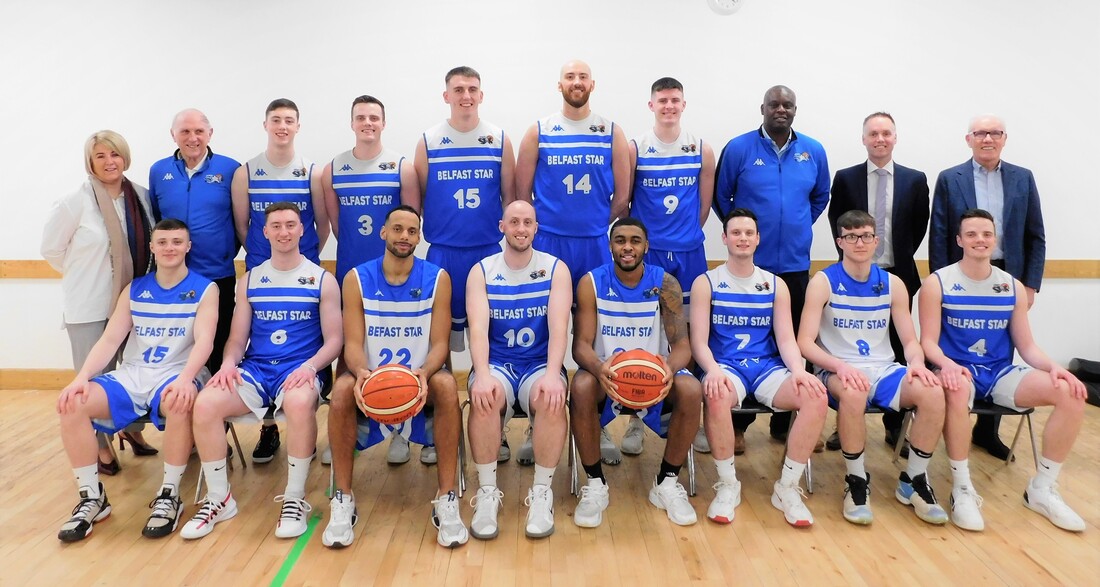 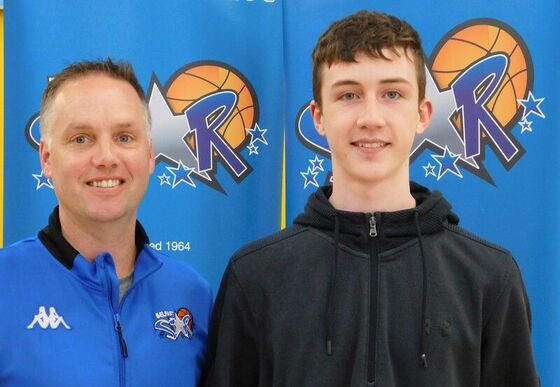 Congratulations to our very own Aidan Quinn and Keelan Cairns, part of the Irish Senior Men team who won bronze at the FIBA European Championship. Well done guys. 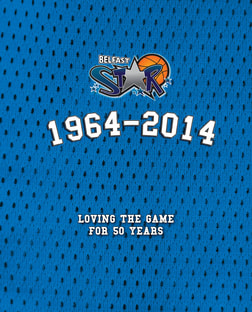 
​At 140 pages, and with a glowing introduction from the Lord Mayor of Belfast, the book is a warm and insightful look at the birth and growth of this famous club.

The book contains many memories, team photographs and laughs. It details a complete list of American players who served with Star, as well as the names of all the Star players who gained international honours for Ireland.

Happy boys and tired coaches in the background. Congratulations to the U18 Boys who won the Michael Heffernan pre-season tournament in Cork. ​ 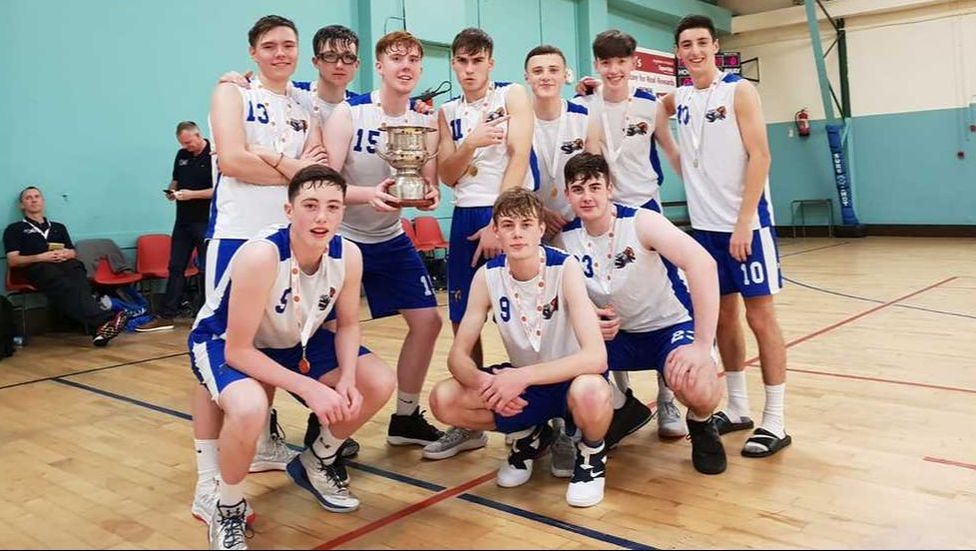 Our u14 boys on take on Ireland's best in Tralee tournament 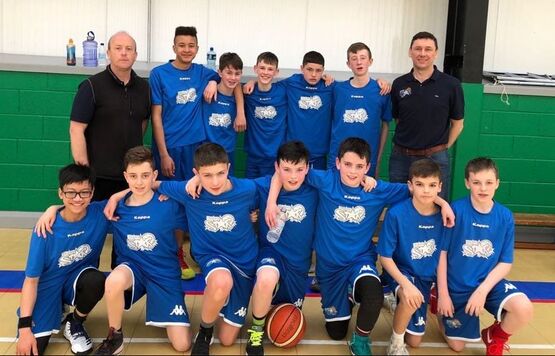 Congratulations to Darragh Ferguson on his recent award from the Mary Peters Trust's “Mask Out to Help Out” Campaign to assist his ongoing training with the Ireland U18 Basketball team. Belfast Star is delighted to support this campaign which provides opportunities for young people in sport at this difficult time.

​You can support talented young athletes like Darragh by donating £10 for which you'll receive a limited edition MPT snood - an ideal Christmas present and so handy as we move into the winter months! Find out more at https://marypeterstrust.org/index.php/mask-out-to-help-out/

It was a huge honour for Star's Conor McDonnell (back row, extreme right) to be appointed captain of the Ireland u16 team recently. And we're also delighted the to see that Christopher Fulton (front row, second left) follows in his dad Adrian's footsteps by representing his country at Point Guard. Well done guys. 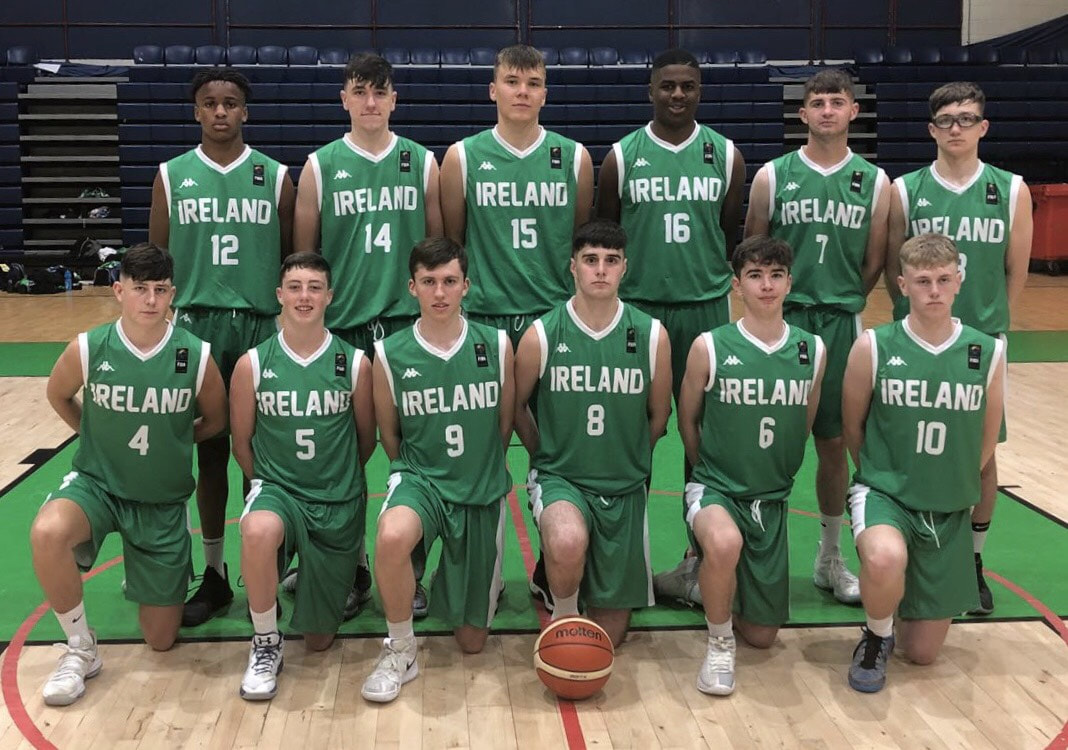 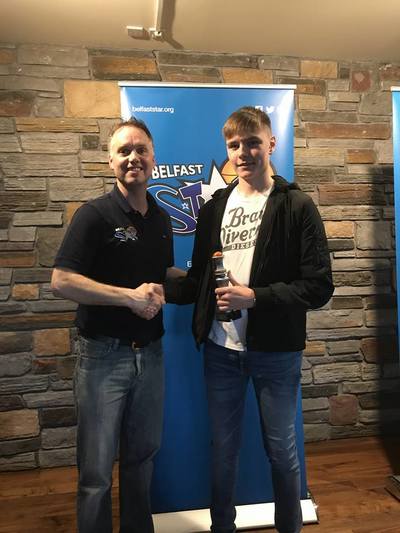 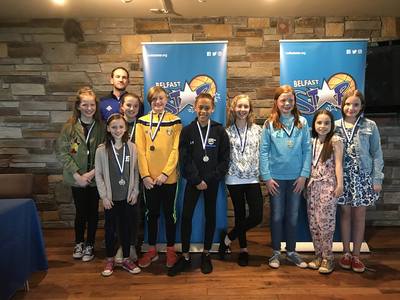 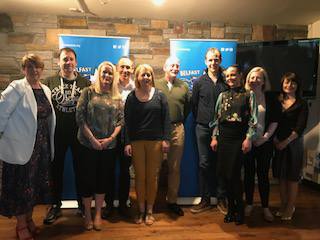 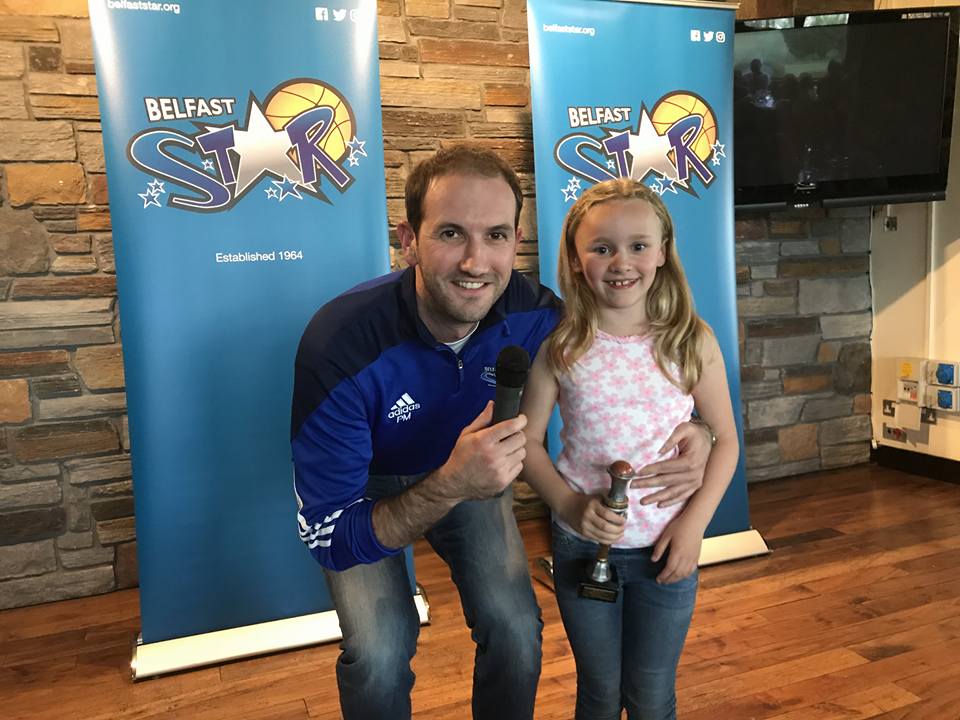 It was a packed house in Fortwilliam Golf Club for the Star Awards Gala. After such a winning season for all our underage teams, it was hugely difficult to pick out the creme de la creme. But our wily coaches eventually dished out awards to the MIPs and MVPs on each team.

And there was a special award for our sponsored teams in the Belfast Marathon who raided mony for both the club and the Community Search and Rescue service in memory of the late Michael Cullen, a former member of Belfast Star. A great night was had by all.

Lots of Winners at our 2016 Awards Night

All Ireland League begins with win over Limerick Eagles 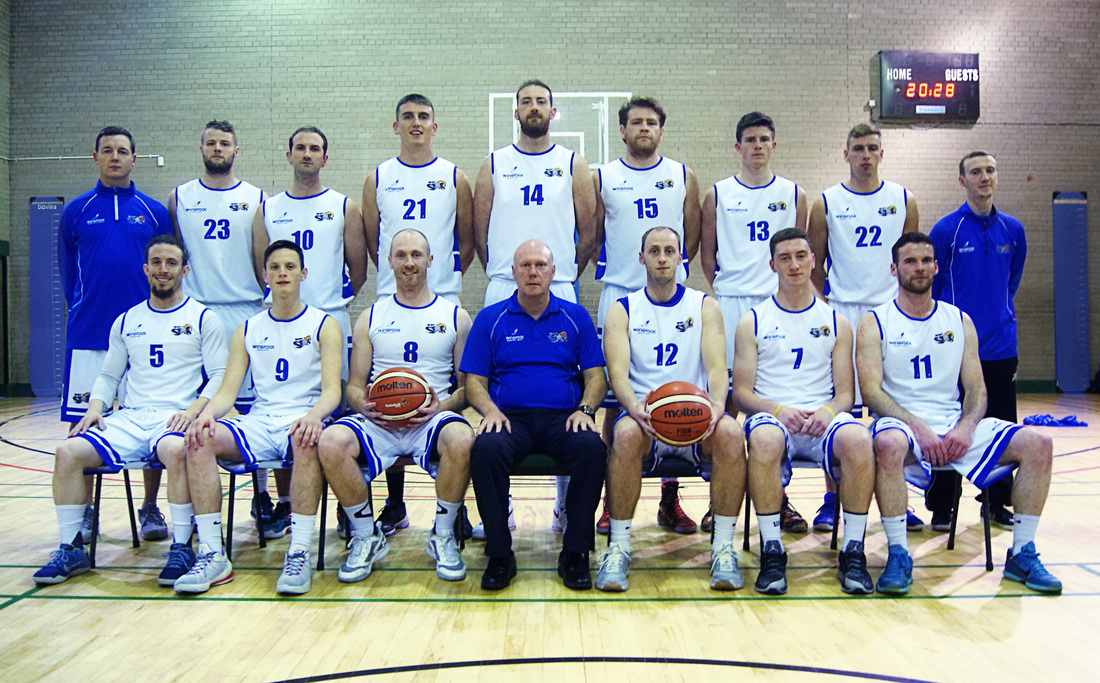 Star got a flying start to the 2016-17 season thanks to a hard fought win over visitors Limerick Eagles. See match report here. 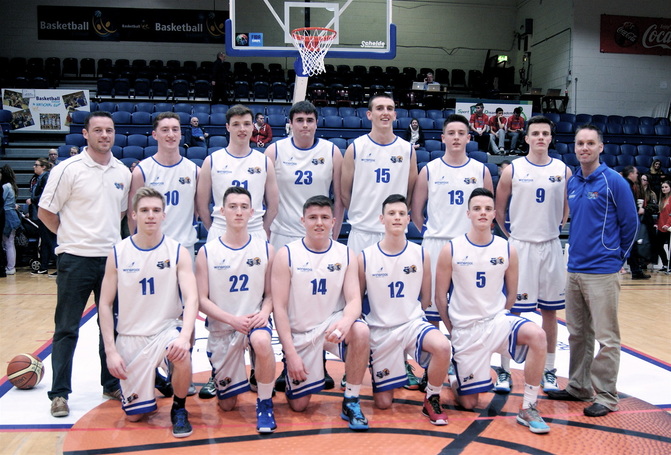 Despite a 70-60 loss to Moycullen, this Star team will proudly look back on one of the truly great recent achievements of Irish underage basketball with many of this squad having already collected FIVE All-Ireland Winning medals or more as they progressed as a team from u12 onwards.

This is an excellent record of achievement for the players and also for the committed and passionate commitment of coaches Adrian Fulton and Phil Molloy. Everyone involved in this fantastic journey down through the years should be extremely proud of their achievements along the way.

It was a night to remember, to reflect, but also to look forward, we as we launched '50 Years of loving the Game' in Belfast Castle on a balmy summer evening.

The evening was hosted by former Belfast star player and now BBC presenter Thomas Kane and was attended by players past and present - plus 'their other halves, the real driving force behind the Star club over the years as Thomas wittedly put it.

We were also delighted to welcome Chairman of Basketball Northern Ireland Sean Moyes and Commissioner Danny O'Connor. Many thanks to the management and staff of Belfast Castle for their excelent hospitality. 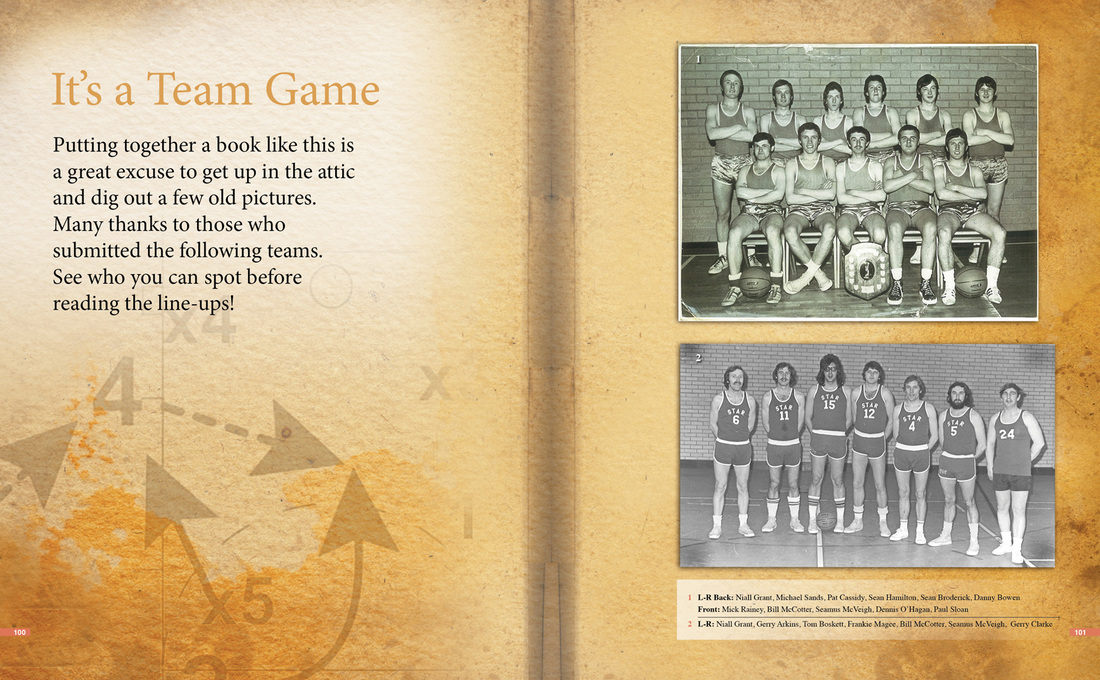 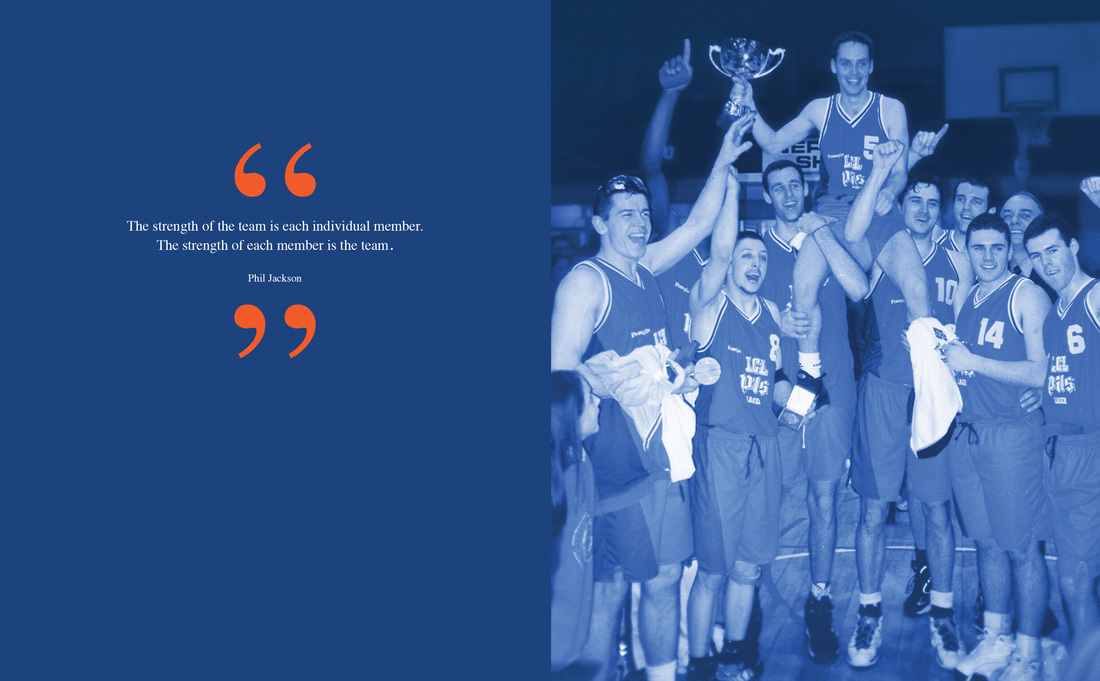 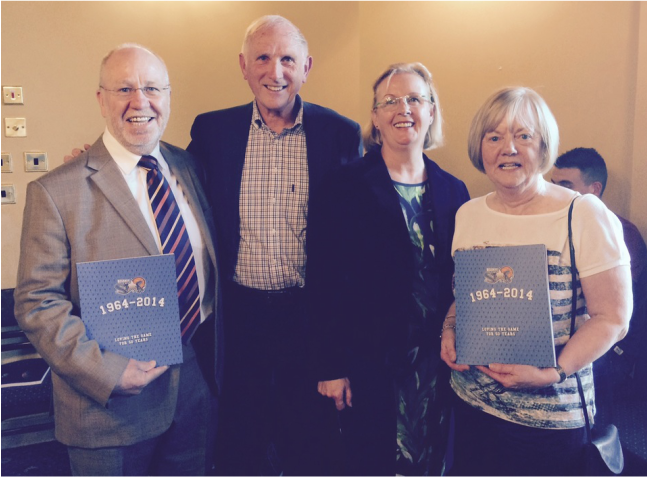 2014-15 Another year of success for our teams
It was another fantastic season for the club, particularly with the Junior teams - our u12, u14, u16 & u18 teams all won at their respective Basketball NI playoff competitions held again at the Antrim Forum, a truly incredible achievement. And the U14s were agonisingly pipped at the post in the All-Ireland finals held in Cork, losing by a single basket to a talented Moycullen side. However, the u16s avenged this defeat by beating Moycullen to finish 5th in the All-Ireland playoffs, narrowly missing out on a top-four berth by a point, though giving eventual champions Neptune as good a game as they got over the Play-off weekend.

2013 - year of record successes for our teams

We never like to blow our own trumpet - too much. But the past season has been one of remarkable success for Belfast Star Basketball club. So much so in fact, that we emerged winners in every Basketball NI competition we entered. For the record, that's: u12, u14, u16, u16B, Men's Division 1 & Men's Premier.

At a national level, we won the u18 All-Ireland as well as the UCC Demons u19 Invitational Tournament and the Dublin-based Tolka Rovers u15 Basketball Tournament. Here's hoping for the same in the new season.

Once again, players, parents and friends gathered for our Awards Night where our coaches had the unenviable task of picking some winners to round off the 2013-14 season. Flick through the pictures above to see who picked up the Belfast Star Oscars this year.
"
Larry Bird