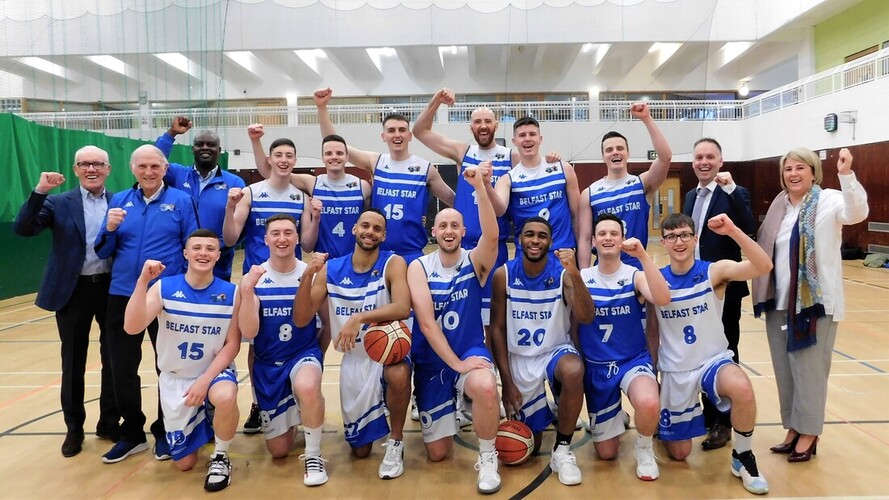 At every level, across the years, we produce teams of champions. Join us!

Belfast Star is one of the leading and most successful basketball clubs in Ireland.
We operate competitive teams from u12 upwards and offer underage coaching to girls and boys from age 6 upwards. 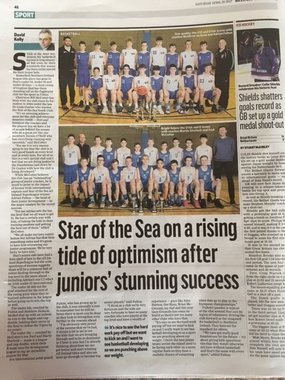 Once again, our players and coaches have had a terrific season and have cemented our place at the forefront of Ulster and all-Ireland basketball.

Across the board, our League and Cup wins are a credit to the commitment of all those involved and are a great indication of a bright future ahead.

Our u12, u14, u16 and u18 Boys all completed League and Cup Doubles this year. Our girls' sides went from strength to strength and we had four of our u14 Girls selected for Team NI.

And in the All Ireland Super League, Star battled it out at the top of the League for most of the season dramatically clinching the crown with a last-minute buzzer beater. What a season, what a finish! 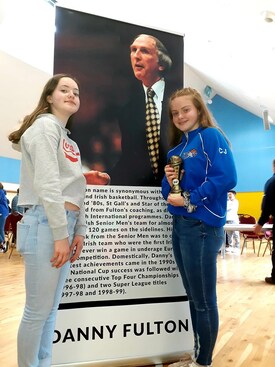 Granddaughters Katie & Jenna - and the much-respected 'DF'
In a fitting and timely tribute, Star’s Danny Fulton was recently elected to Basketball Ireland’s Hall of Fame.

Danny is famed far and wide as an exceptionally talented and passionate coach who, down through the years, has helped bring the Irish game forward by leaps and bounds.

He also coached Northern Ireland to Commonwealth Bronze in 1990 before delivering a prestigious series of Irish titles for his beloved Star during the 90s. And to cap it all, he’s still going as strong as ever.
"Basketball is my passion, I love it.
But my family and friends mean everything to me.
That's what's important."
LeBron James


Belfast Star Basketball Club: Registered Charity No 103164
We would like to inform our patrons that information regarding the BNI code of conduct for supporters is available at www.basketballni.com